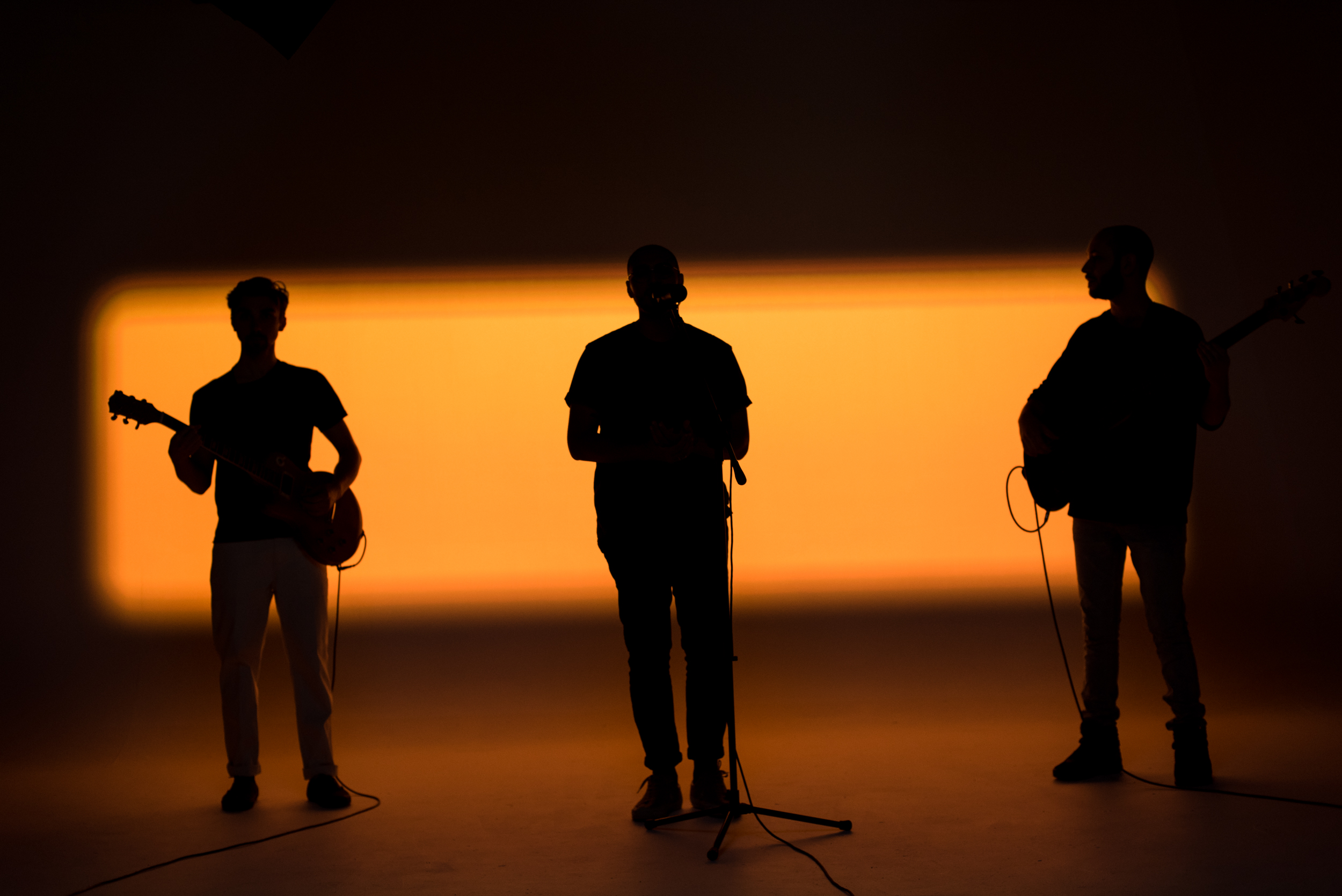 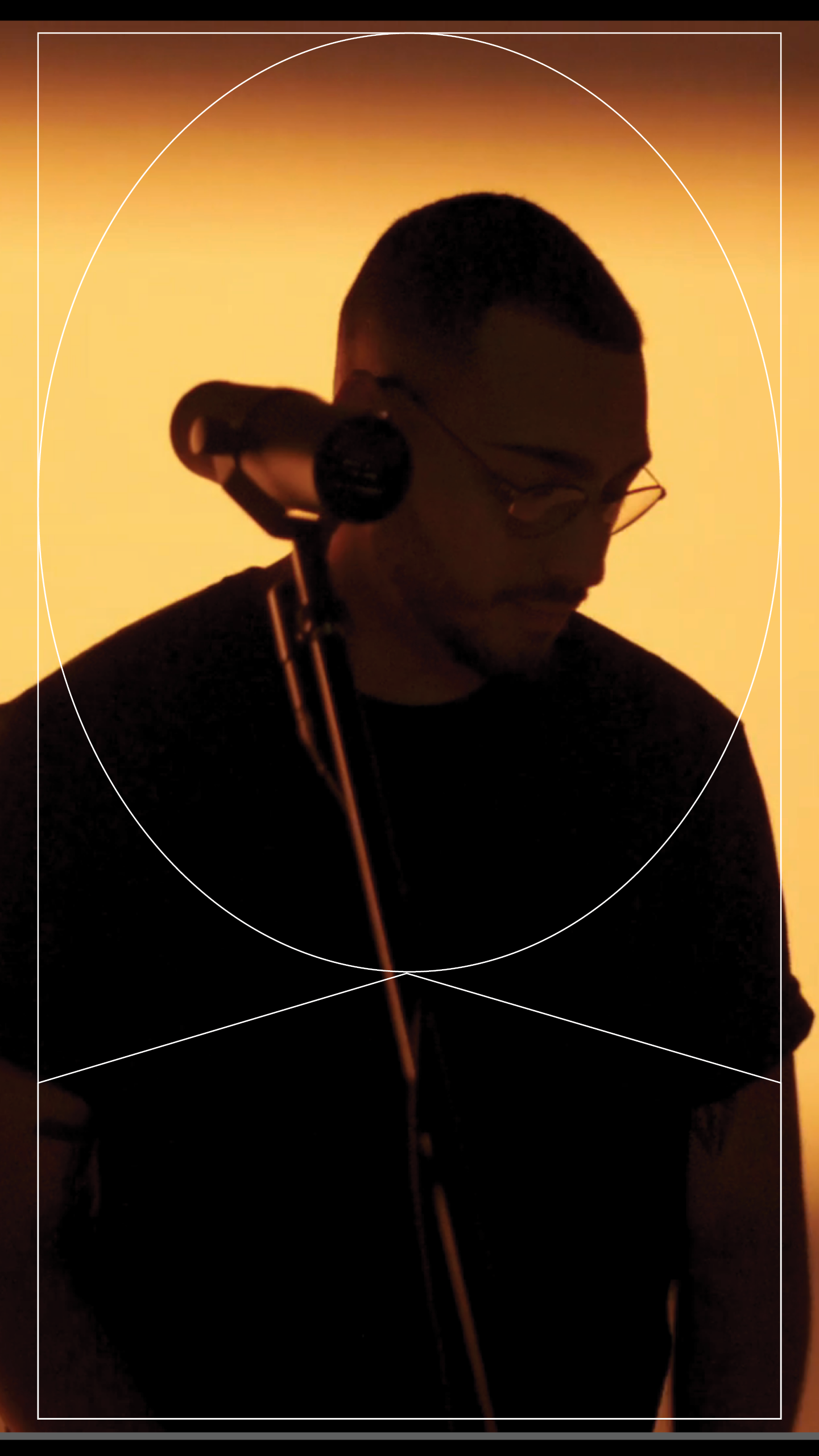 Level Live 007
marcos g
Features
Written by
Gus Turner
Level Live is a new series made in partnership with artists on the rise, centered around a live-recorded performance brought to life by multimedia storytelling and an official release via Level.

Bathed in warm amber, marcos g sways behind the mic. Soft rimshots and faint taps on a hi-hat brace shimmering chords, signaling the start of a gentle harmony. Flanked by bassist Gabriel Monroe Simon and guitarist Nathaniel Picard-Busky, the Miami-based singer-songwriter begins to serenade his fellow introvert in “Homebody.”

Likes being at home

For marcos g (shortened from Marcos Garcia), the song is as much about his own appreciation for quiet nights and cozy quality time as it is another person.

“‘Homebody’ is funny because it sounds so cliché: ‘Oh, you’re a homebody,’” he says. “But I literally am. I don’t really like going out too much. Even with friends! If they want to go out, I’d be like, ‘Why don’t we just go hang out at someone’s house? Why don’t we just come over to my house?’ I’m not the biggest about going out and doing all that stuff.”

But if the past two years are any indication, the 23-year-old artist will need to grow accustomed to spotlights and leaving his house from time to time.

Since April of 2018, Garcia has kept busy; his buoyant “single (on the weekend)” garnered millions of streams and a shout-out from Lyrical Lemonade. The heightened buzz has carried this homebody from his home state to New York City venues like Rockwood Music Hall and Villain. 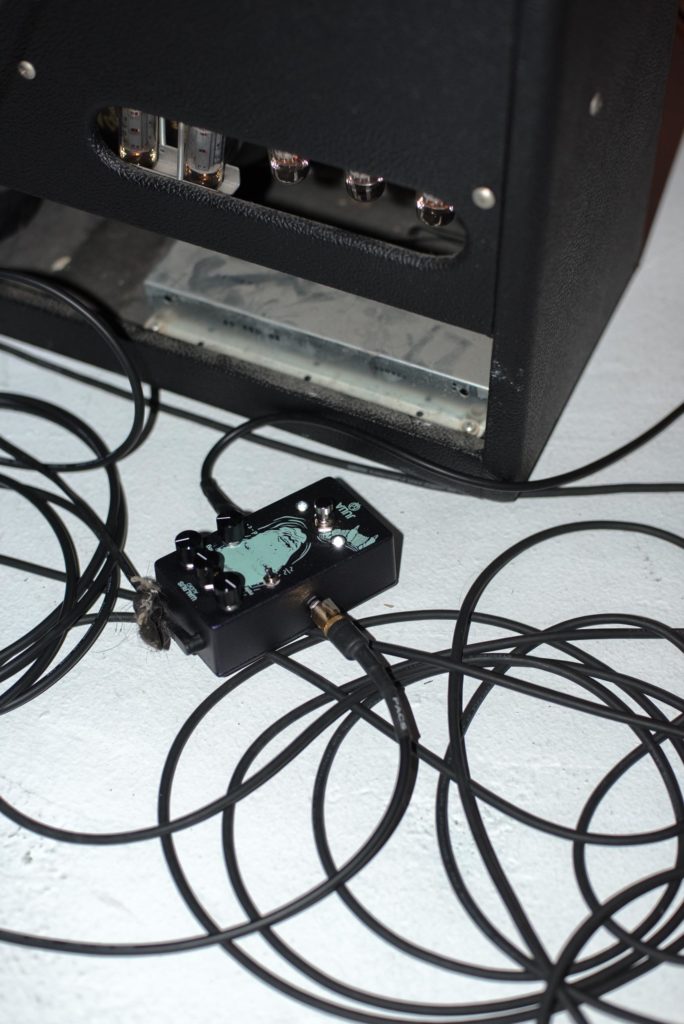 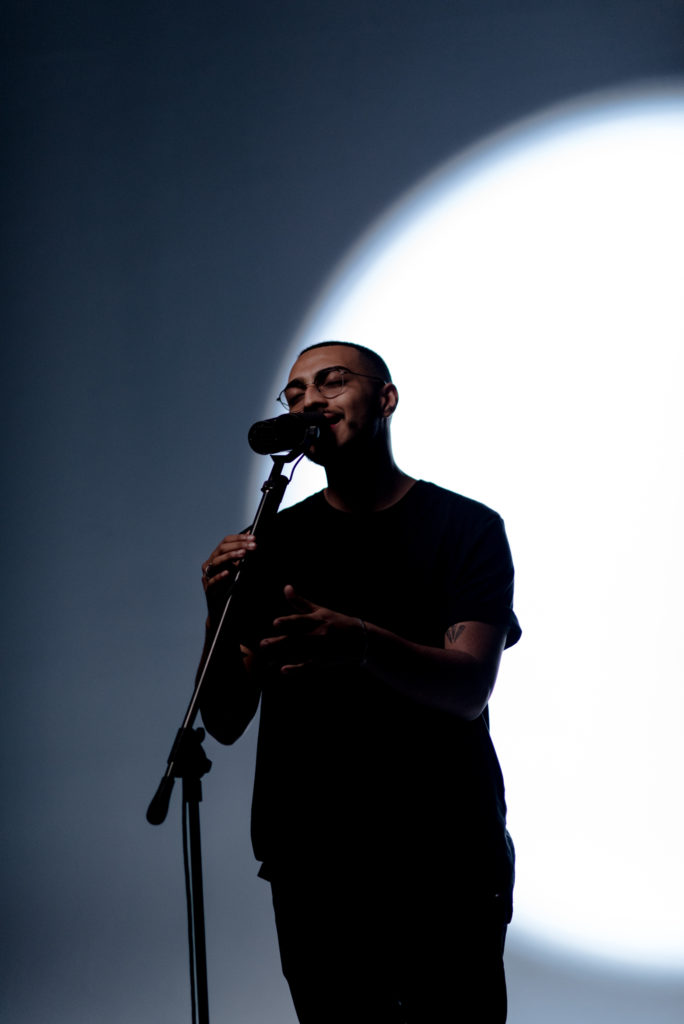 Not even Garcia could’ve predicted this rise (which, in 2019, included 2.8 million streams and nearly 860,000 listeners on Spotify alone). While many of us shared our annual #SpotifyWrapped or #AppleMusicReplay recaps, Garcia posted his own as a humble reminder of how much can happen in a year, with the caption: “numbers are just numbers, but I’m hella grateful for all of u that listen to this skinny kid from hialeah who hates leaving home.”

Raised on Christian teachings and Radio Disney, this skinny kid from Hialeah has always been more focused on the straight and narrow than the meandering path of stardom.

Majoring in Education and getting his degree have always remained a priority, even as music gradually moved closer to the center of his life. Despite his newfound attention, he still celebrated the completion of his bachelor’s this past June with the earnest enthusiasm of your favorite science teacher: “The last class of my college career starts today!” he wrote, playfully adding, “LETS GET THIS DEGREE NERDS.”

“Sometimes, when people are trying to be an artist, it's like, ‘Oh, I hate my job,’” he says. “I don't feel that way. I love my job. I love being able to inspire young kids. It's cool when I'm able to feel like I'm [making] a difference.” 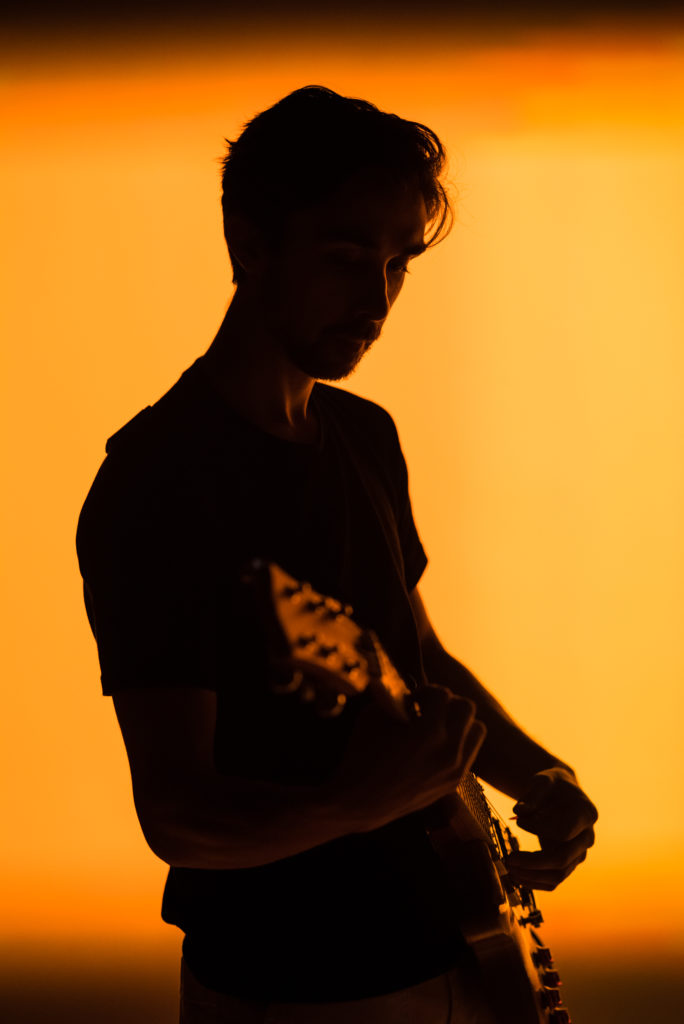 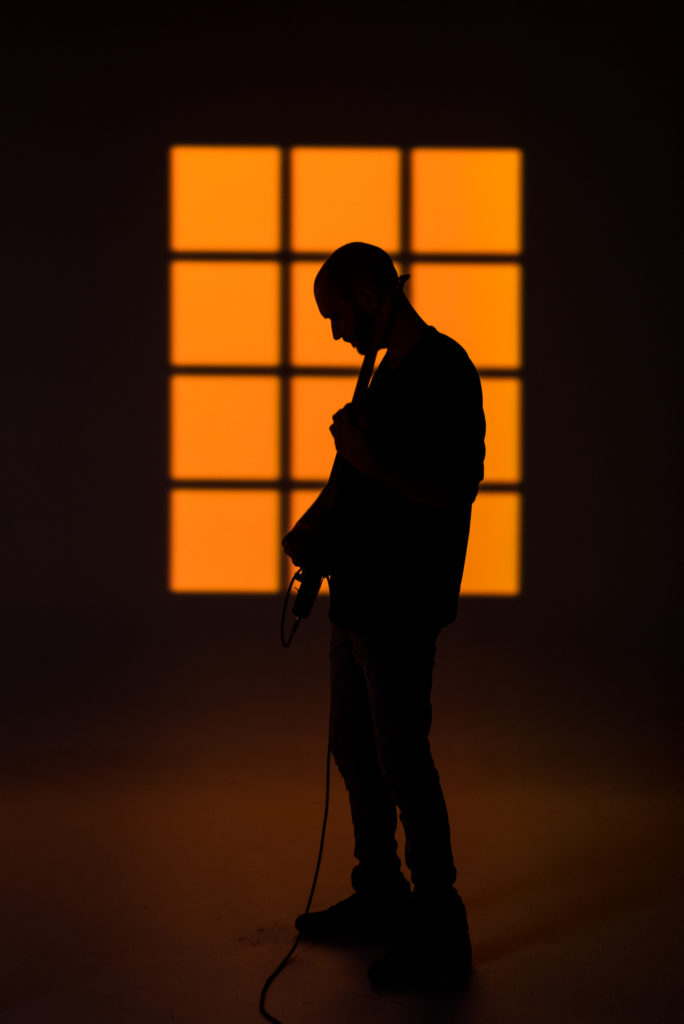 But in the course of his studies, music became something that “just happened.” His interest in it began long ago, when he was just a kid taking classical piano lessons. But unlike the rest of us who ditched it as soon as our parents relented, Garcia kept playing, eventually becoming a regular performer for his local congregation.

By chance, the church one day found itself in need of a stand-in for their go-to singer. They asked Garcia if he might consider giving it a shot. Though not quite certain of himself, he hopped off the piano bench and got behind the mic. His natural talent surprised everyone — including himself. 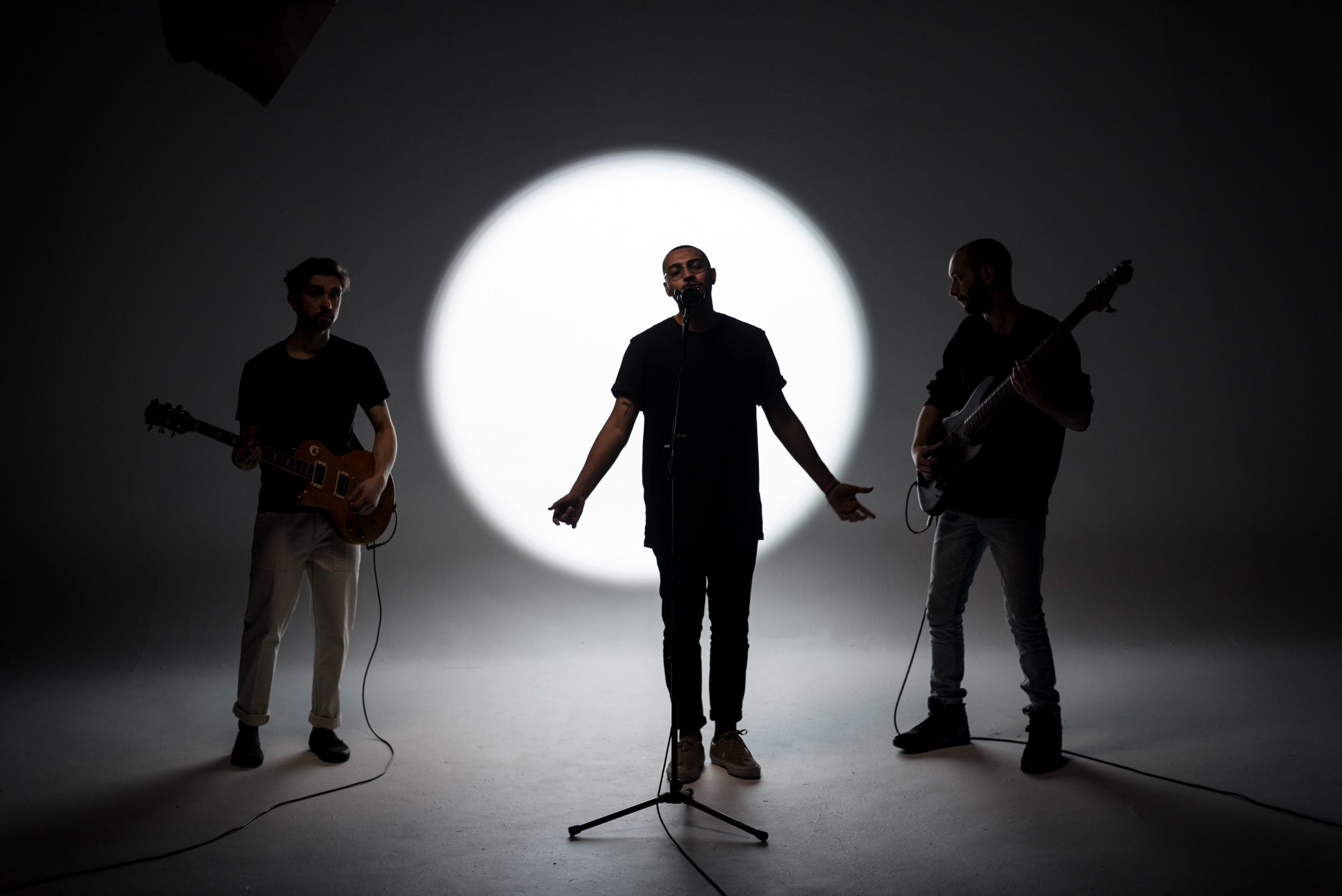 As it turns out, a little self-belief can go a long way. After he drifted away from the piano, he would grow up to find his comfort zone in soulful mainstays like Trey Songz and Frank Ocean. Eventually, he developed the sweet, pillowy strain of pop-R&B found on “Homebody” and “single (for the weekend),” as appropriate for a barbecue as it is for the bedroom. He’s intentional about how he treads that line, too. Though he may no longer tune into Radio Disney, he’d rather keep it radio-friendly. He is, after all, still a teacher at heart.

“In every song that I write, I always think, can my kids listen to it? Can an eight-year-old listen to it, but can a 25-year-old person listen to it and jam out?” he says. “I always think of the fact that I am an Education major and I work around a bunch of kids. I want to make music that my kids could one day listen to and be like, oh my god, he used to teach at my school.”

Read on for a Q&A and listen to the live-recorded single of “Homebody” — out now via Level. 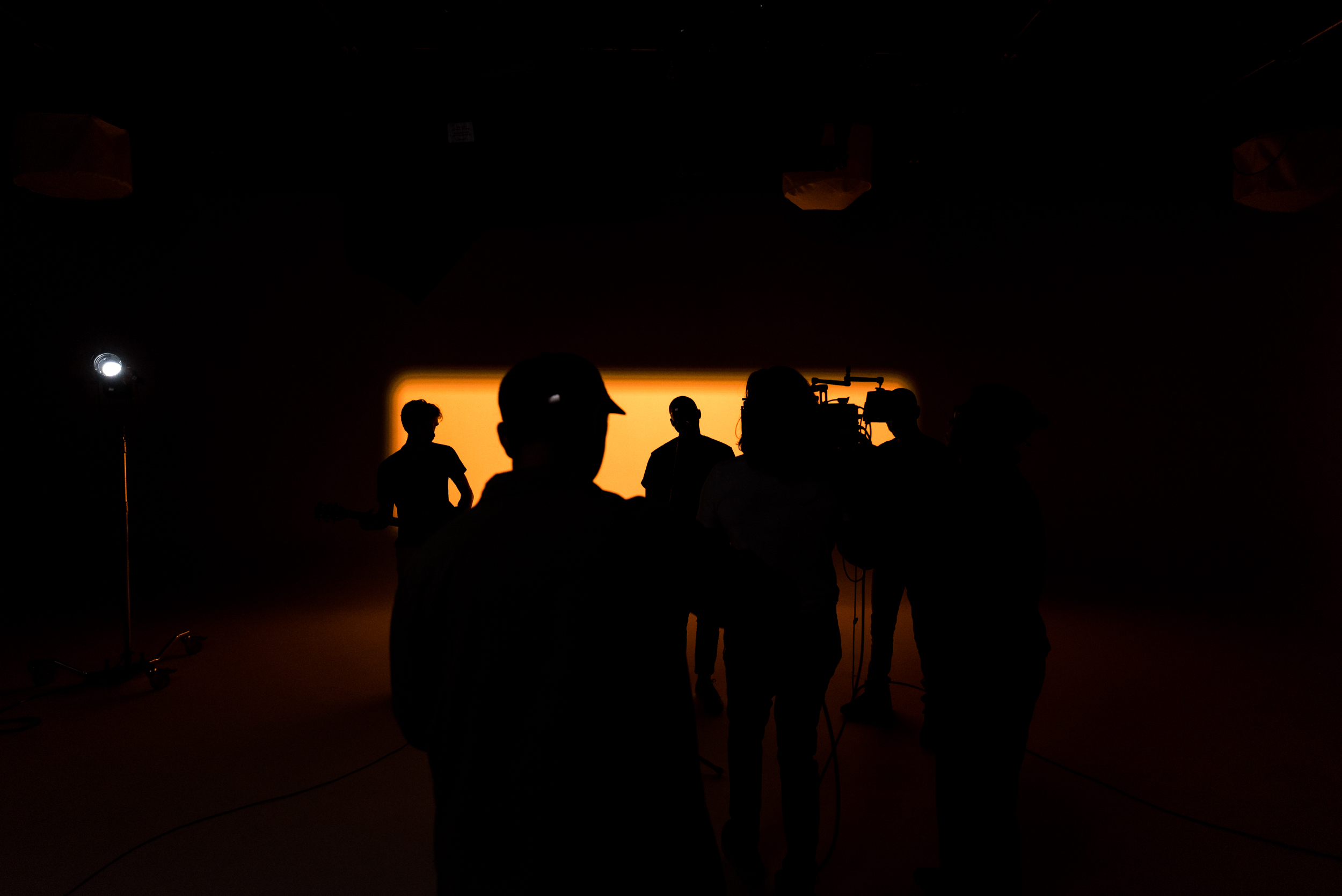 Do you have a favorite story from the last year as Marcos G?

Marcos G: The coolest moment so far was probably the first trip that I had here to New York. I had never been to New York. I feel like that was the moment where I’m like, “Yo, this is weird. Like, people really do this to live?” I think I left the studio that day at six in the morning; we were in the studio till four. It was just such a vibe. It was the first moment where I was like, “If this is my life, this is going to be pretty sick.”

How do you translate your feelings and emotions into songs?

MG: Some people write purely from their experiences. I do that sometimes, but I like to draw a little bit of inspiration from everybody. Even [if] it didn’t personally happen to me, I feel like it’s cool when you’re able to pull from different experiences.

When you use those experiences, it’s cool because you’re making yourself so vulnerable. You want people to know the secret parts of your life.

Is there a specific moment about music from when you were young that still sticks with you?

MG: I grew up in a Christian household, so [my parents would] be super cautious of what me and my sister would listen to. A lot of it was Radio Disney. But once I started to listen a little bit more to R&B — like, Mario, Ne-Yo, Chris Brown — I was like, “Whoa, this is different.” This is not that Disney pop. This is heartfelt pop; people are heartbroken. That kinda just made me like, “I would love to do something like that.” 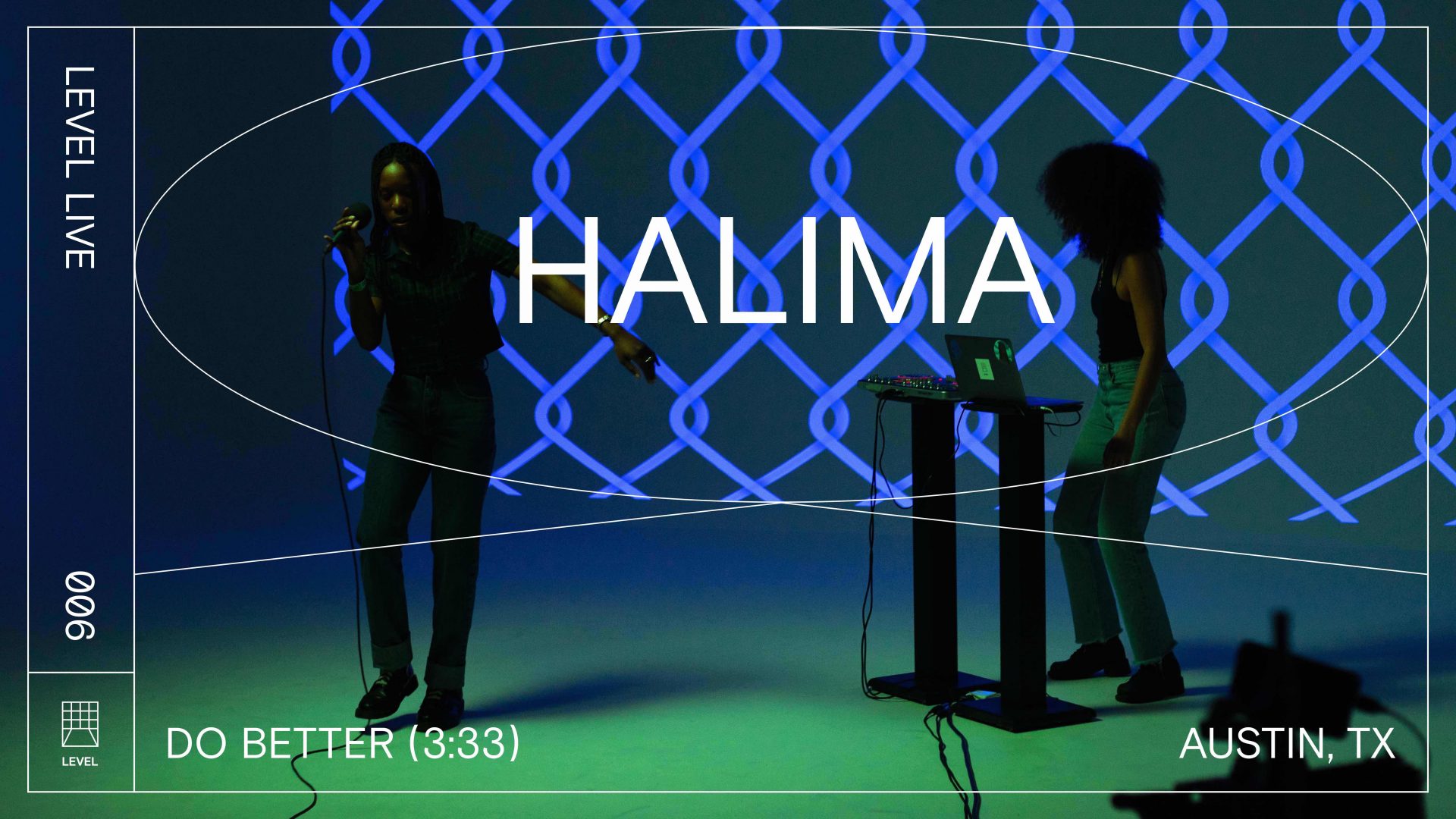 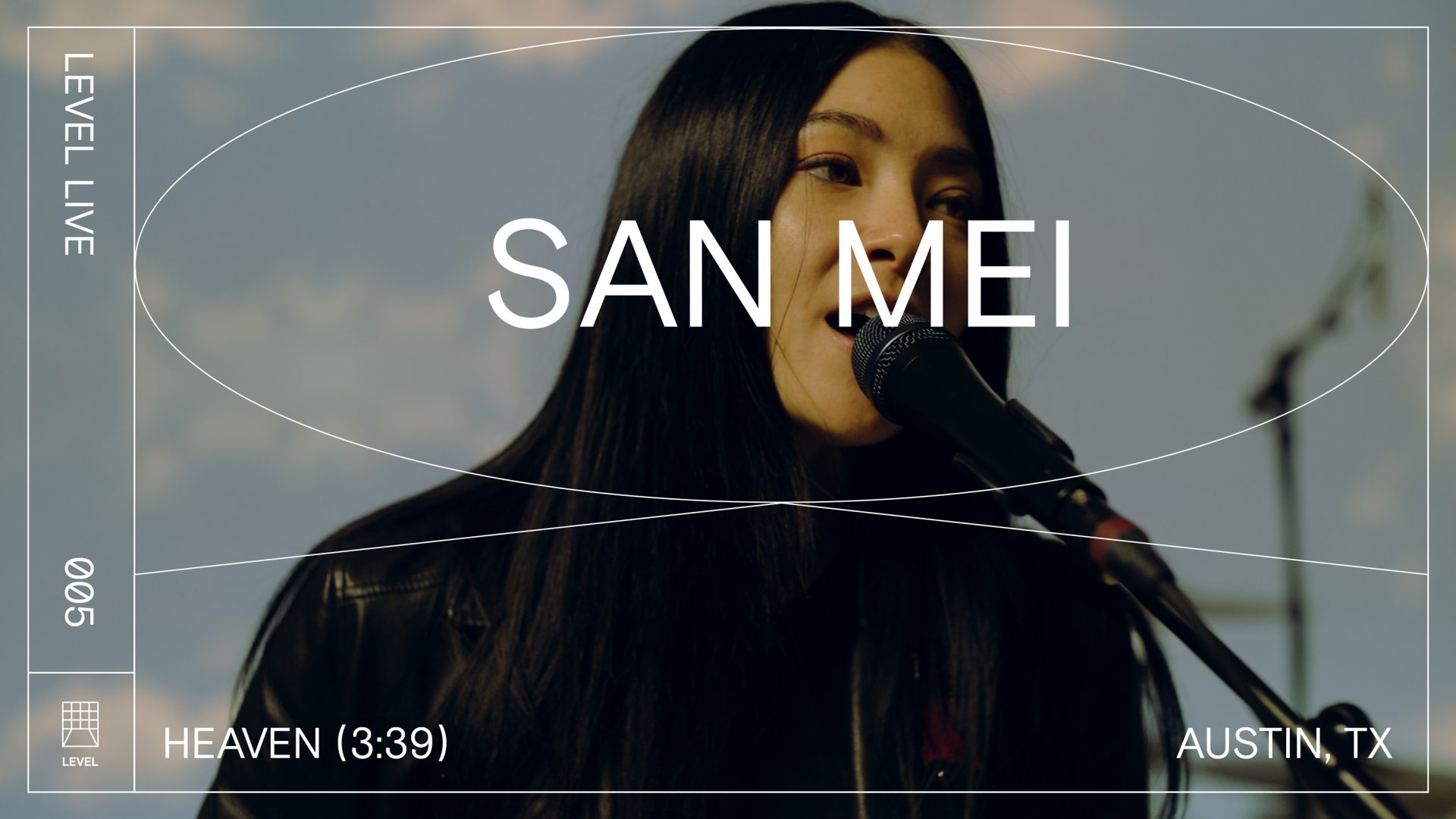 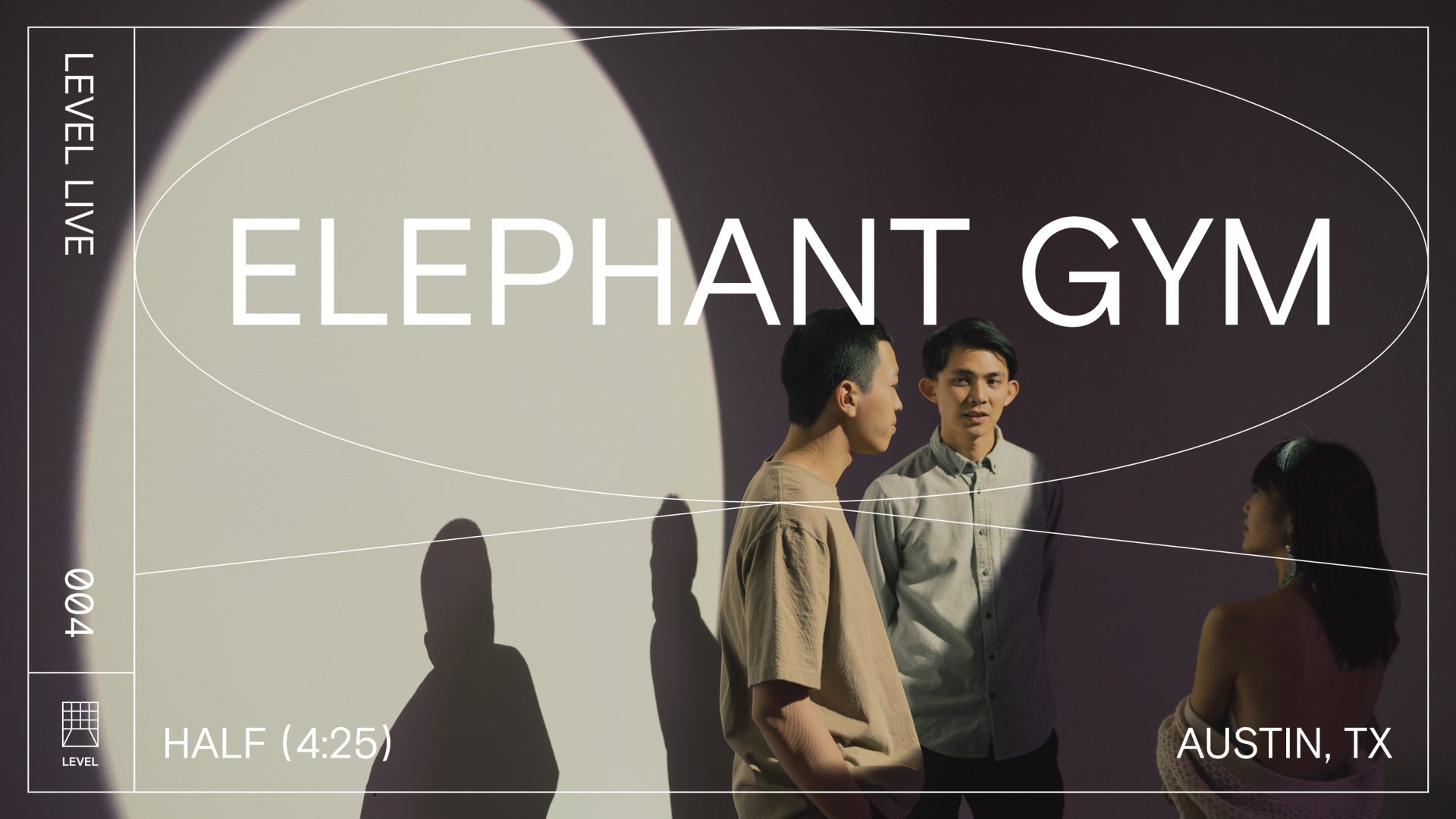